The first rule of book club: You don’t talk about book club.

Nashville Legends second baseman Gavin Scott’s marriage is in major league trouble. He’s recently discovered a humiliating secret: his wife Thea has always faked the Big O. When he loses his cool at the revelation, it’s the final straw on their already strained relationship. Thea asks for a divorce, and Gavin realizes he’s let his pride and fear get the better of him.

Welcome to the Bromance Book Club.

Distraught and desperate, Gavin finds help from an unlikely source: a secret romance book club made up of Nashville’s top alpha men. With the help of their current read, a steamy Regency titled Courting the Countess, the guys coach Gavin on saving his marriage. But it’ll take a lot more than flowery words and grand gestures for this hapless Romeo to find his inner hero and win back the trust of his wife.

I’ve had The Bromance Book Club on my TBR for so long and I’ve been meaning to read it. I just kept being thrown off by the mixed reviews, until I saw Bea @ Confessions of A Pinay Bookaholic’s review on Goodreads. And then I learned that one of my favorite audiobook narrators did the audiobook… all signs pointed to hell yes!

From the very start, I was hooked, intrigued, and laughing so hard. I read this while listening to the audiobook and I don’t think I’ve ever highlighted passages as much as I did for this book.

I just totally fell in love with the idea of cishet men hosting a bromance book club! Also, I’m a sucker for second chance romances.

Baseball player Gavin Scott married his girlfriend, Thea, early in their relationship as Thea got pregnant. Gavin found out that Thea had been faking her orgasms throughout their marriage. But it turns out Thea wasn’t the only one faking things in their marriage.

Gavin and Thea both have individual issues they needed to resolve in order to save their marriage. Both ridden with insecurities, Gavin and Thea navigated their way through their rocky relationship and back to each other.

The road to their happy ending wasn’t easy, but that makes the story work. It was entertaining and emotional at the same time. It felt so genuine for me and I think that Gavin and Thea’s story reflects the reality of marriage, and how people change and grow up. This book somehow reminded me of Sarah Hogle’s You Deserve Each Other.

I just truly enjoyed their journey of self-discovery, especially with Thea. Being a baseball wife, Thea was used to putting up a front just to support Gavin’s career and fit in. I love how she took matters in her own hands, and finally put herself first.

Men are idiots. We complain that women are so mysterious and shit, and we never know what they want. We fuck up our relationships because we convince ourselves that it’s too hard to figure them out. But the real problem is with us. We think we’re not supposed to feel things and cry and express ourselves. We expect women to do all the emotional labor in a relationship and then act confused when they give up on us.

Gavin, on the other hand, found help from a book club comprised of alpha men. And to top that, they gave him the homework of reading a Regency novel, Courting the Countess. Obviously, Gavin hated the idea at first, but he came to enjoy Lord Benedict’s company so much that he had a full conversation with him in his head. 😂

I really enjoyed the banter these guys had, especially between Gavin and Mack. I’m so glad the next book features Mack because he was so hilarious in this, even though he’s way too much of a flirt.

The way the idea of the book club was executed was truly interesting. It was fascinating and funny to see these men discuss romance novels and acknowledge toxic masculinity.

The Bromance Book Club has quickly become one of my favorites for this year! I’m really glad that I picked this up because I had a great time reading it.

The characters were easy to love, despite their flaws. I love my flawed characters, okay? The pacing was great and I’m glad we also had chapters in Thea’s POV, and some chapters from Courting the Countess!

The audiobook was truly a delight to listen to! Thank you, Andrew Eiden 💕. I love that the Courting the Countess chapters were narrated by a different narrator, making it sound like a legit Regency novel. It totally elevated my reading experience!

Do I recommend this? Definitely yes!

Lyssa Kay Adams read her first romance novel in eighth grade after swiping one from her grandmother’s book shelf and was hooked forever. After a nearly 20-year career as a journalist, her dreams of writing and publishing her own HEAs came true in 2015 with the release of her first novel, Seventh Inning Heat, followed by the RITA-nominated novella, Wild in Rio. Today, she writes full-time from her home in Michigan with a pesky, fluffy K9 assistant named Domino who spends most of his day snoring on her desk (that is, when he’s not burying things around the house).

Have you read The Bromance Book Club yet? Let me know what you think! 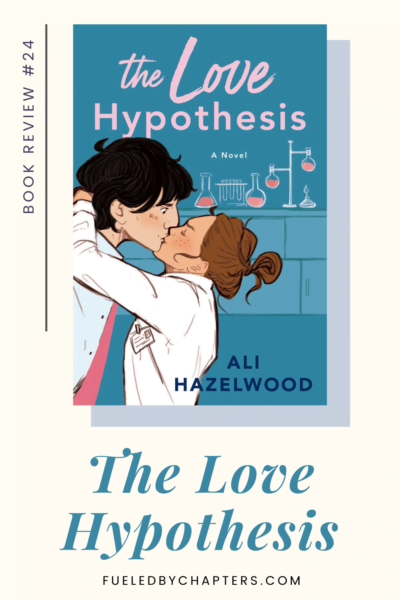