Loki has been excellent so far, and I’m loving every bit of the show. The first two episodes were exciting and they really set the tone of the show.

In which The Variant introduces herself

Picking up at the events of Episode 2, The Variant arrives at the TVA to find the Time-Keepers, with Loki following her. Ravonna Renslayer almost catches them, but Loki uses the TemPad. They teleport to 2077 Lamentis-1, a moon about to be destroyed by a planet. The TemPad loses power and Loki uses it to gain leverage against The Variant, who introduces herself as Sylvie.

Loki and Sylvie work together to sneak into a train bound for The Ark, a space evac. Sylvie works her enchantments, which Loki takes interest in. In the train, Loki gets drunk and a commotion starts which ends up with him getting thrown off the train. Sylvie begrudgingly follows him off the train for the TemPad, but it gets broken. The two continue their journey on foot. Sylvie reveals that people in the TVA are all variants, contrary to what Mobius had said.

Loki and Sylvie fight the guards as they attempt to board The Ark. But the planet nears, sending meteors down and destroys The Ark.

The fun thing about not knowing much about the lore of Loki in the comics is I don’t set my expectations too high. But every episode of this show blows me away. Even if it’s Sylvie trying to explain what a brain freeze is, or just pure MCU action sequences. I am utterly in love with Loki.

The lack of Mobius in this episode was felt, but I enjoyed the on-screen chemistry between Loki and Sylvie. Although, I don’t know exactly what to feel about the romantic vibes between them, I guess I’ll just leave it at self-love.🤣 I like this iteration of Lady Loki/Sylvie though. I know I called her Lady Loki on my last recap, but I was correct in saying that she’s a mix of Lady Loki and Enchantress, who’s name is Sylvie Lushton in the comics.

The episode felt too short, but it was entertaining as hell! The musical score and the lighting were the stand-outs for me. Especially during the long shot sequence in the final minutes of the episode. I’ve actually been geeking out about the musical score of this series since the start so major props to Natalie Holt for the fantastic score!

And of course, Loki being canonically bisexual is so important to me. I don’t know how they’re going to handle that going forward, with The Mouse and all that, but I appreciate the fact that they wrote it in and Director Kate Herron publicly and explicitly confirmed it.

In which we find The Time-Keepers

The episode opens in Asgard where it was revealed that a young Sylvie was arrested by then, Hunter Ravonna, but she escapes using a TemPad. In the present, Mobius asks Ravonna permission to see Hunter C-20, but she tells him that he can’t because she’s dead.

Back in Lamentis-1, Sylvie and Loki wait as meteors strike down. The two form a bond as Sylvie tells Loki how she was captured by the TVA. Their bond created a nexus event which allowed Mobius and the TVA to locate and arrest them. During the interrogation, Loki tells Mobius that the TVA is lying and they’re all variants. Mobius throws Loki into a time-loop with Lady Sif kicking him in the nuts. On the other side, Hunter B-15 interrogates Sylvie and she tells the same thing and lets her see her real memories.

Mobius frees Loki after knowing what really happened to Hunter C-20, but Ravonna along with other Minutemen show up, and prunes Mobius from the timeline. Ravonna leads Loki and Sylvie to The Time-Keepers, but a rebel Hunter B-15 shows up and frees the Lokis to fight against Ravonna and the Minutemen. The Time-Keepers were revealed to be Androids, and during the fight Ravonna was able to prune Loki. Sylvie fights back, overpowering Ravonna.

In the mid-credits scene, Loki wakes up in an unknown place, surrounded by other variations of Loki.

Again, not really digging the romance between Loki and Sylvie so I’m going to leave it at a metaphor for self-love. Let’s see how it goes in the next two episodes.

At this point, I don’t really care for theories. I’m literally just here for the ride. Although, I was correct to be skeptical of Ravonna because she was suspicious from the very beginning. The Fake Time-Keepers just proved that the TVA is not to be trusted. I don’t know who the big baddie of this series is. Signs point to Kang, but knowing the MCU, and the whole Mephisto fiasco… I’m just going to wait. Who knows, it might just be another Loki variant?

I love that they brought back Sif too! My mind’s a little scrambled but I know she was confirmed to come back to the MCU. I just wasn’t sure if it was for this show or Thor 4… or both? Well, there’s no better way for her to come back than that scene 🤣

On the new characters side, KID LOKI CONFIRMED!!! That mid-credits scene was just too perfect and yep, Multiverse! It makes sense that they included Kid Loki, but his appearance also adds to the existing pool of our Young Avengers! I really hope they make this a real thing in the future!

Whoever’s idea it was to make these Disney+ shows deserves my respect because I love getting richer backstories for these characters. It makes it easier to understand their motives and personalities. I’m still a little speechless because of how amazing the execution of this series is so far.

With two episodes left (actually one, once this goes live), I hope Loki ends with a bang, and that I’ll see more of Mobius, Sylvie, and Alligator Loki in the future!

Have you been watching Loki? Do you think Alligator Loki should be part of the New Avengers Team? 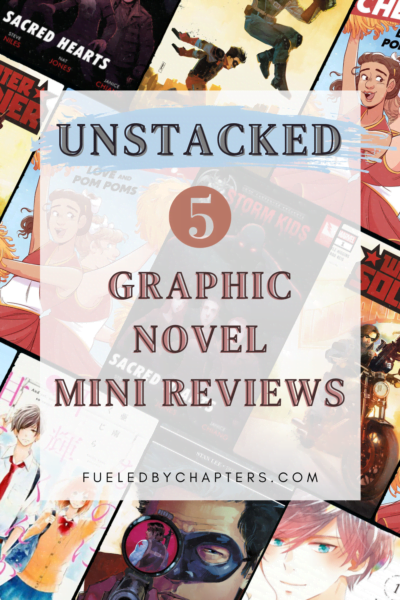