The Intimacy Experiment (The Roommate, #2) by Rosie Danan

Naomi and Ethan will test the boundaries of love in this provocative romance from the author of the ground-breaking debut, The Roommate.

Naomi Grant has built her life around going against the grain. After the sex-positive start-up she cofounded becomes an international sensation, she wants to extend her educational platform to live lecturing. Unfortunately, despite her long list of qualifications, higher ed won’t hire her.

Ethan Cohen has recently received two honors: LA Mag named him one of the city’s hottest bachelors and he became rabbi of his own synagogue. Taking a gamble in an effort to attract more millennials to the faith, the executive board hired Ethan because of his nontraditional background. Unfortunately, his shul is low on both funds and congregants. The board gives him three months to turn things around or else they’ll close the doors of his synagogue for good.

Naomi and Ethan join forces to host a buzzy seminar series on Modern Intimacy, the perfect solution to their problems–until they discover a new one–their growing attraction to each other. They’ve built the syllabus for love’s latest experiment, but neither of them expected they’d be the ones putting it to the test.

Coming off from The Roommate, I knew the sexy times were going to be great, but The Intimacy Experiment was a little more toned down in frequency than I expected. But the great thing was they’re as electric and sensual as the first book. Rosie Danan made us all work for it and the delayed gratification was all worth it. Yeah okay, I came for the smut, I stayed for the plot.

I really enjoyed reading The Intimacy Experiment! I love Naomi, she’s such a level-headed, badass, feminist woman and I loved her even more in this book. The exploration of her character was really well done. We love a bisexual queen!

I’m not a religious person, despite being a baptized Catholic. And to be honest, I’m not a big fan of religion in books. But this book really made me appreciate people’s faith. Ethan Cohen is a scientist but also a man of God. It’s amazing to see how the usual conflict between science and religion came together in Ethan’s pursuit of answers.

I also like how Naomi’s relationship with religion was explored in the book. She’s also Jewish, but she’s struggled to connect with that identity. I love how the book exposes us, as readers, to Jewish cultures as Naomi reconnects with her heritage. I’ve read books by Jewish authors before but this was the one where I really learned a lot from.

The contrast between Naomi and Ethan’s personalities made the book really interesting, and the sexual tension more promising. It didn’t shy away from the characters feeling the attraction and lust towards each other and that made their banter really REALLY amazing. I love it when Ethan blushes with Naomi’s flirtatious attacks, but damn! This guy can hold the fort is what I’m saying. (I mean when he told Naomi, “I’m a man, and I’m going to fuck you.” Maybe my brain melted? 🔥🥵)

Knowing Naomi’s tough exterior, it was a sheer delight for me to see her soften up, especially with Clara. I truly love their interactions together, what a duo!

The struggle and conflict between the conservative nature of religion and Naomi and Ethan’s relationship were one of the main themes in the story. At first glance, a former sex worker turned educator giving lectures in a synagogue would definitely be frowned upon. A relationship between said educator and the rabbi? Now that’s a scandal. I really enjoyed the intrigue and the way Naomi and Ethan navigated their relationship through these conflicts. It didn’t feel like it was a “you and me against the world” situation, but their journey really made an impact on me which made it easier to root for them.

Seeing both Naomi and Ethan’s character arcs and individuals and as a couple were so beautiful! There weren’t a lot of internal conflicts between the two and both of them were really mature. It’s just a big heartwarming story that I could re-read anytime and I know that I’ll still be able to feel the same emotions just like the first time.

I actually spent a couple of days just thinking about this book because it left me speechless. I’m so in love with everything! And I think I loved this one better than The Roommate!

Do I recommend this? HELL YES!

The Intimacy Experiment is a wonderful exploration of love, faith, and identity. It’s a heartwarming story of connections and building relationships with yourself and others.

The New York Times calls Rosie Danan’s debut novel, THE ROOMMATE “a book about people expanding into their best possible selves…warmly funny and gorgeously sexy.” The rom-com received a 2020 Ripped Bodice Award for Excellence in Romantic Fiction and has been optioned for film. A companion book THE INTIMACY EXPERIMENT is forthcoming April 6, 2021 in the US and UK.

When not writing, Rosie enjoys jogging slowly to fast music, petting other people’s dogs, and competing against herself in rounds of Chopped using the miscellaneous ingredients occupying her fridge.

Have you read The Intimacy Experiment yet? Let me know what you think!

Previous Post: « What If…? Episode One Review | What If Captain Carter were the First Avenger?
Next Post: Sunny Song Will Never Be Famous by Suzanne Park | Unstacked » 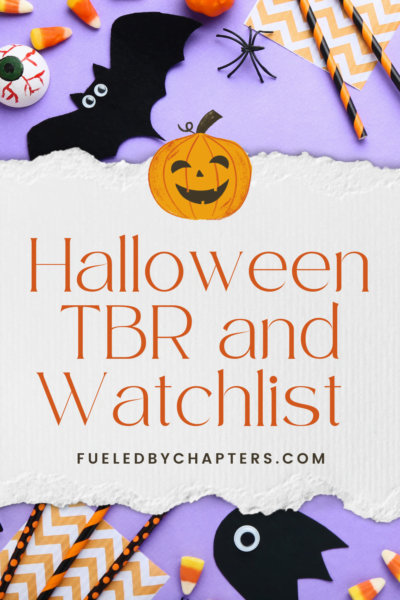