Remember when I said that Episode Three was my favorite? Well, screw that! Hawkeye Episode Four was fantastic, Episode Five even more so!

Some really BIG appearances coming through!

Clint and Kate vaguely explain their situation to Jack and Eleanor to de-escalate. Before leaving Eleanor’s apartment, Clint successfully steals back the Ronin sword. Eleanor warns Clint about Kate but he reassures her that he will keep Kate safe.

Clint asks Laura to dig into Sloan LTD, which turns out to be under Jack Duquesne. Kate and Pizza Dog pay Clint a visit and celebrate the holidays with him, and she deduces that Clint is Ronin.

Kate enlists the help of the LARPers to track down their arrows, while Clint persuades Kazi to stop Maya from acting on her vengeance against Ronin. Laura sends Clint the location of the stolen watch. Kate sneaks into the apartment to retrieve the watch and finds a notebook containing information about Clint’s family. Turning out to be Maya’s apartment, Maya ambushes Kate inside while Clint fights a masked assassin later revealed to be Yelena Belova.

Kate shoots an arrow at Maya, forcing her to retreat, while Yelena escapes. Clint ends their partnership and sends Kate home after realizing that someone sent a Black Widow assassin after him.

There’s really something about MCU and their fourth episodes. In their previous shows, something big always happens during Episode 4. In WandaVision Episode 4, Wanda gives birth to the twins and sends Monica outside the Hex. In TFATWS Episode 4, John Walker bludgeons someone to death using Cap’s shield. In Loki, it was revealed that the Time-Keepers were fake. In What If, we see The Watcher finally interact with another character.

For Hawkeye Episode Four, the stakes just keep getting higher now that Yelena’s in the picture! It was confirmed earlier this year that she will be appearing but I was wondering how it’ll play out. Although, while watching this episode, I realized that she’ll be in this since this episode was really Natasha-heavy. It was so exciting to see her because it’s the first time in Phase 4 that someone introduced in the movie crosses over to the show!

I’m really having a great time watching because the show really does a great job exploring Clint’s emotions deeper than what we’ve seen so far. I really like the writing and how they make these characters well-rounded and fleshed out.

However, I wish they did more to explore Kazi’s character. So far, he’s looking like a one-off character. I just couldn’t feel the same thrill I felt for his character in the comics. He was so toned down in this show, I would’ve loved to see more “Clown”-ey things for him.

In 2018, Yelena and Sonya, a fellow Black Widow assassin attempt to deprogram another Black Widow named Ana but learn that she’s not under mind control anymore. While washing her hands in the bathroom, Yelena turns into dust and goes back alive after seconds, but realizes her surroundings have changed. She learns that she’s lost five years of her life and tries to find Natasha.

In the present, Kate confesses to Eleanor that she and Clint had been looking into Jack and found incriminating stuff including Sloan LTD, which leads to Jack being arrested after Eleanor called the cops.

Kate goes back to her apartment and finds Yelena waiting for her. Yelena tells Kate about her mission to kill Clint and tells her that he’s not what she thinks he is. Kate refuses to believe it and tells Yelena that if she believes Clint is a bad person, then the one who hired her is much worse. Yelena leaves Kate after warning her not to be in her way.

Before sending a message to Maya, Clint visits the Avengers memorial, talks aloud to Natasha, and apologizes for what he’s about to do. Wearing the Ronin suit, Clint challenges Maya to a fight and reveals that he was tipped off by an informant and her boss wanted her father dead. Refusing to believe this, Maya attacks Clint but Kate returns to help him escape. Maya later questions Kazi about the night of her father’s death, raising suspicions.

Kate and Clint return to Grills’ apartment and Kate receives a text from Yelena, revealing that it was Eleanor who hired her to kill Clint. Yelena sends a photo to Kate of Eleanor with a guy. Kate shows the photo to Clint and he recognizes the guy as Kingpin.

KINGPIN IS BACK PEOPLE!!!! I mentioned during my review for Episode 2 that it was rumored that Vincent D’Onofrio will be reprising his role as Kingpin. Well, here it is!

Also, I was theorizing by the end of Black Widow that Nat’s family could be snapped which made her choice to sacrifice herself more emotionally bearing. Having the visual confirmation of Yelena being dusted was awesome but painful too! I like how this episode really emphasized Natasha’s importance in the MCU.

I was totally right being suspicious of Eleanor. I really feel like she could be Madame Masque! In the comics, Kingpin and Madam Masque were involved so it wouldn’t come as a surprise for me if my theory comes to fruition.

Now, I’m also suspicious of Kazi, he might be the informant Clint mentioned to Maya so it’s exciting to see how this will affect Maya and Kazi’s relationship.

I’m really hoping for a happy ending for this show. This has been the most fun I’ve ever got to watch. My only hope for the finale is that Clint gets to go home, bringing in Kate and Pizza Dog for some fun Barton Family Christmas.

Are you tuning in to Hawkeye? Let me know what you think about the show 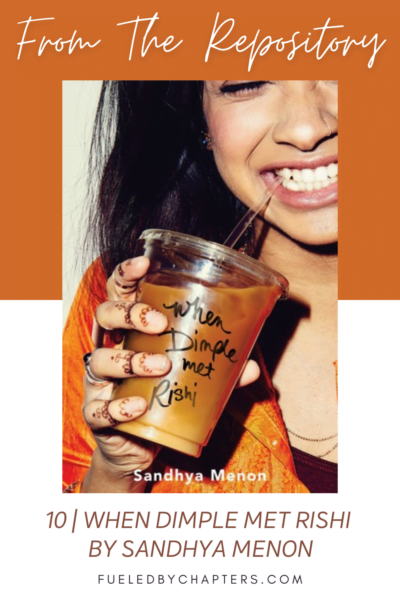